A Beer Campaign Unlike Any Other 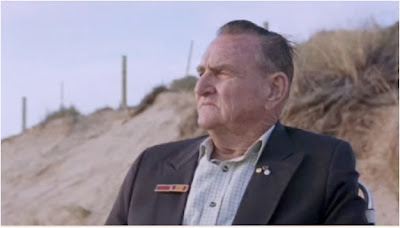 While watching the latest Shots reel last night (yes, that is what Crowe and I do on Friday nights), I came across this great VB campaign from Droga5 Sydney. The campaign, called Raise A Glass Appeal, features five people who tell stories of their friends and family that they've lost as a result of war. Featuring 5 spots and a microsite, VB created a fund with the goal of raising $1 million dollars for the Returned and Service League of Australia. To date, they have already raised $1.1 million.

The second I watched the 2 minute spot on the microsite, I was impressed. Not simply because they are extremely emotional, superbly edited and real, but because VB stands for something. It has a point of view. It wants to help and raise awareness for the lost soldiers of Australia. And it does so without telling the viewer that they are the only brand that cares. Just take a look at the ending supers:

Wherever you are. Whatever you're drinking,
Raise a glass. For our fallen mates.
These spots mean something - not just to the people who have lost someone, but to everyone who supports a common cause. As someone with a good friend in the Army, VB instantly resonated with me. And Droga5 did it again.

The microsite experience is simple and straightforward. It lets anyone share their stories (or memories) and aside from the inability to embed the spots, it's a nice site.

As a whole, the campaign makes me think of people who matter to me. And the next time I'm in Australia, I guarantee that I'll think of VB the next time I order a pint. The marriage of a true insight with a brand is often fumbled. VB hits the mark.

Watch the full length spot.
Posted by Unknown at 7:40 PM Links to this post

See the actual augmented reality card on keiths.ca
Posted by Paul Crowe at 2:53 PM Links to this post

Levi's care tag for our planet 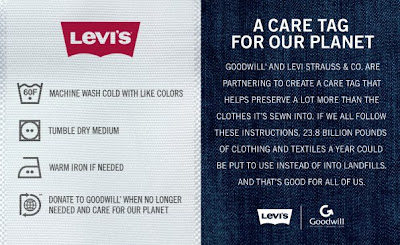 SAN FRANCISCO (October 21, 2009) – Levi Strauss & Co. and Goodwill® today announced “A Care Tag for our Planet,” a new initiative that aims to put billions of pounds of unwanted clothing to good use instead of into landfill. Beginning in January 2010, the Levi's® brand will be the first major retailer to include messaging on product care tags that encourages people to donate unwanted clothing.

John Anderson, CEO of Levi Strauss & Co. said, “As a company built on values, we have long worked to promote sustainability in how we make our products and run our operations. This initiative uses our global voice to empower hundreds of millions of consumers around the world to join us by providing simple and actionable ways to help care for our planet.”

Posted by Paul Crowe at 7:05 PM Links to this post

A new "Did you know" video speaking about convergence. At the speed convergence is moving they will need to update this every 2 weeks.

If you are a marketer, advertiser or business owner that doesn't know digital or doesn't understand how it applies to your business model and your communications it is time you did.

Thanks for the link Jammer.
Posted by Paul Crowe at 6:54 PM Links to this post 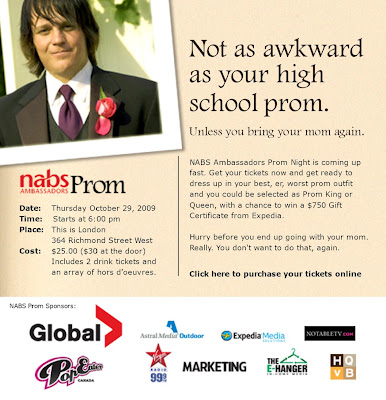 I hope to see you on October 29th at This is London in support of NABS.

My suit will be sick.

The National Advertising Benevolent Society (NABS) is the only charitable organization in Canada that provides assistance to communications and related industry professionals, who may need help due to illness, injury, unemployment or financial difficulties. NABS services include a national toll-free HELPLINE (1-888-355-5548), financial assistance, as well as emotional, personal and career counseling services. Founded in 1983, and supported 100% by the industry, NABS has contributed more than $8.0 Million to thousands of industry colleagues and their families.
Posted by Paul Crowe at 2:16 PM Links to this post

Find More Friends...If you want them...

As the web continues to get older, more and more data is being stored across millions of different sources. Brands like Amazon and iTunes have been using this data to help create personalized recommendations for years. The classic "people who bought this also bought..." has become a staple of many sites - mainly because proper recommendation tools can generate a dramatic lift in sales and add value to the users themselves. It's quite a simple idea but one that takes a powerful algorithm to get it right. Netflix, as another example, has spent millions trying to perfect their recommendation engine because they know the powerful results associated with it.

What interests me isn't just the data and common-links that can be associated with different products, but they way that we can begin to connect with people we've never met via their data trail (and Social Graphs).

I recently posted about how eHarmony and other dating sites are using recommendation tools for people - fill out an extensive profile and they will provide you with your matches. While this process is has worked for some people, I find it very rigorous and demanding for a user (even if they are a bit desperate to find a partner). I do think, though, that with tools like Facebook connect being implemented across thousands of sites, friend recommendation engines could start to become more and more popular.

What will truly be interesting, though, is how you go about contacting someone who has been recommended to you by a system. It's not like your at a bar and you strike up a conversation, you've got to send a message to your recommended friend and hope that they respond.

What do you think? Do you use the engine on Facebook right now to add new friends or do you feel like you have way to many as it is?
Posted by Unknown at 6:12 PM Links to this post